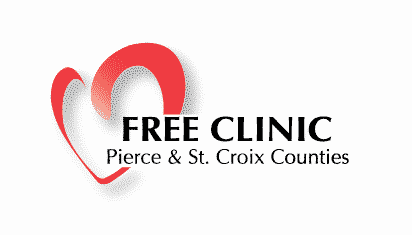 We have been providing free primary health care to low-income, uninsured residents of Pierce and St. Croix Counties in western Wisconsin. We have been able to do this only because of our almost 200 volunteers, as well as support from numerous foundations, local organizations, churches, and generous individuals.

Whether you are visiting our website to locate medical care, to volunteer, to donate, or just to see for yourself what the Free Clinic is all about, we welcome you to read about us and join us in our determination to provide health care to the people of our community who would otherwise go without.

Dr. Bob and Mary Johnson are a River Falls couple well-known for their commitment to helping people in need. In 2006, a conversation on their way home from a service trip to Mexico sparked a broader discussion that spread like wild-fire upon their return, eventually resulting in the establishment of the Free Clinic of Pierce and St. Croix Counties.

Dr. Bob Johnson was a physician at the River Falls Medical Clinic. At the time of this trip, Mary Conroy-Johnson was working as a registered nurse at the River Falls Area Hospital and was chair of the Kinnikinnick Health Foundation (now the River Falls Area Hospital Foundation). Both of them had growing concerns about the health care crisis, and were keenly aware of the affects it was having on the lives of people within our own communities. They both felt strongly that something needed to done to address this issue that was happening within our own backyard.

As it turned out, the timing was perfect. The Kinnikinnick Health Foundation (now the River Falls Area Hospital Foundation) had just had a strategic planning retreat where “access to health care for the uninsured” was identified as a priority issue for the foundation. A few weeks later, a hospital employee came across a recent study indicating that Pierce and St. Croix Counties were among the worst in the state when it comes to the percentage of residents who were going without needed health care. Shortly after Dr. Johnson and Mary returned from Mexico, Dr. Johnson crossed paths with a former colleague who had helped start a free clinic in Menomonie, Wisconsin.

It didn’t take long before the idea of a new free clinic took shape. Representatives of the foundation, the hospital and the clinic were soon on their way to Menomonie to visit with the staff and volunteers to learn more about this mission they were about to take on.

A steering committee whose members represented a wide spectrum of the community including those from health care, social services, legal, financial and ecumenical backgrounds, was organized in April of 2006, to begin planning for the clinic.

The committee met monthly through January of 2007, when a permanent board was elected and the steering committee was disbanded. The Free Clinic was incorporated in August of 2006 and received its 501(c)(3) determination from the IRS in March of 2007. We opened our doors to our first patients on April 24, 2007.

Dr. Bob Johnson and Mary Conroy-Johnson’s connections, leadership and dedication helped create the synergy needed to accomplish this monumental goal, transforming a vision for a Free Clinic into a reality. Thank you, Dr. Bob and Mary!

Patients are seen on a walk-in basis.

Up to 25 patients can be seen each week by a Health Care Provider.

PLEASE DO NOT
ARRIVE BEFORE 4:15 PM